"The important thing in education is not to cram knowledge, but to develop children's minds and draw out their ability to use their brainpower correctly."      -Makoto Shichida 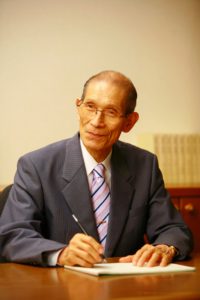 As the environment surrounding children has rapidly changed, we have become more interested in education. A wide variety of services have emerged, particularly in the field of early childhood education.

Over sixty years ago, Makoto Shichida was one of the first people to recognize the importance of early childhood education and he pioneered this educational method. 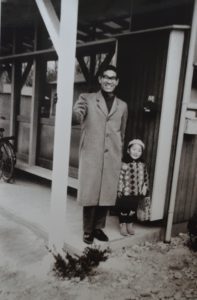 In 1958, Makoto Shichida opened an educational research institute in the small town of Gotsu, Shimane Prefecture, Japan. After a long period of research, he realized that we must understand children's brain mechanisms and practice education of the mind, in order to draw out and nurture children's innate abilities.

The Shichida Method began to spread across Japan, and earned many people's recognition.

More than sixty years have passed since Shichida Method theory and education were created. But, its programs and teaching materials have continued to evolve. In addition to Japan, the Shichida Method has spread to eighteen countries and regions around the world.

Through the process of spreading the Shichida Method, we are proud to have helped numerous children achieve their dreams. Many children have shown extraordinary talents from an early age, and our graduates are now active in a variety of fields, including sports and the arts.

The Shichida Method's long history, and strong accrual of results along the way, shows its reliability as an educational method.

Nurturing children's ability to forge ahead on their own. This is what the Shichida Method believes education should be.